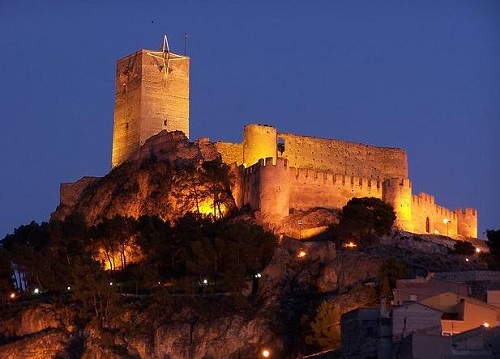 On 4 December 1248, the castle was captured by Castilian forces led by Alfonso of Castile. It was named after Saint Barbara, on whose feast day the castle was recaptured from the Arabs. It was conquered by the Aragonese in 1296 during the reign of James II of Aragon, who ordered its reconstruction. Peter IV of Aragon, Charles I of Spain and Philip II of Spain would oversee further reconstructions.

The castle was bombarded in 1691 by a French squadron. During the War of Spanish Succession, it was held by the English for three years. In 1873, it was bombarded, along with the city, by the cantonalistasfrom the frigate Numancia.[1]

From the 18th century the military role of the castle has declined and it was used sometimes as a prison.[1]The castle remained abandoned until 1963, when it was opened to the public. Lifts have been installed inside the mountain (there is a small charge for the lift but not to enter the castle), and there are refreshments and other amenities at and near the summit. Reasonably fit visitors may also appreciate the exercise of a walk to the top.

Tillbaka
Webnode, an innovative sitebuilder
Have a captivating website for free!
Get started